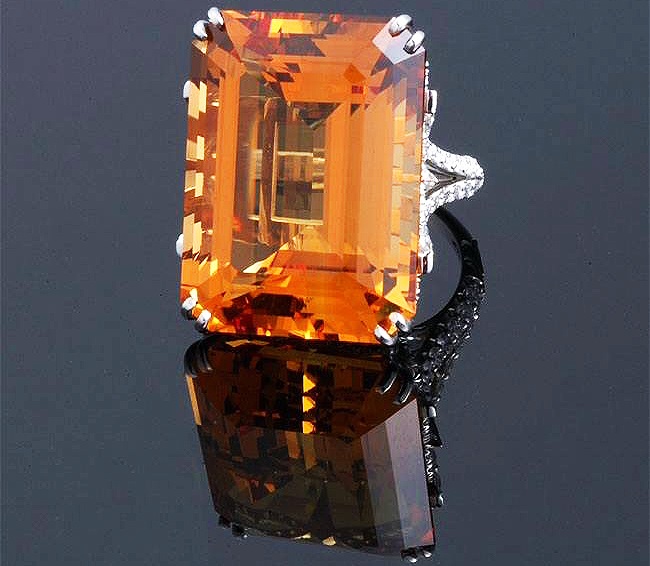 As the name implies, imperial topaz is a member of the topaz family of gemstones. Though it does not have an official GIA standard, the gem is still highly prized both for its beauty and its rarity. It is distinguished from standard topaz, which is colorless, by its sunset-like coloration, which ranges from yellow, to pink, to orange, to red.

Naturally occuring imperial topaz is actually quite rare, with pink and orange being among the rarest varieties. Many types of  topaz can be found around the world, but natural imperial stones are most often discovered in Brazil, particularly from the Ouro Preto mines of Minas Gerais, in the country’s southeastern region. Deposits have also been discovered in Utah, where topaz is considered the state gemstone, and Russia. The name, “imperial topaz,” actually comes from its historical association with the Russian Tsars, who claimed exclusive rights over the pink topaz mining operations within their borders during the 17th century.

Because imperial topaz is so hard to come by, clear topaz is frequently treated with radiation or heat to mimic this more desired coloration. Artificially colored stones are not, however, considered to be true imperial topaz and therefore are not nearly as prized or valued. Similarities in color can also cause some to confuse topaz for citrine, which is significantly less valuable. If you think you’ve found an imperial topaz that’s being sold well below its true value, there’s a good chance that you’re really looking at a treated stone or even citrine, but a trained gemologist could examine the impurities within the stone and check its weight to help you identify whether you’ve got a fake or real imperial gem on your hands.

Regardless of its particular color, all variations of topaz are among the hardest naturally occurring minerals on Earth, making it quite resistant to scratching. As hard as it is, though, you should still be careful in handling your topaz. Due to relatively weak atomic bonding, it has a greater tendency to cleave and break than other similarly hard minerals, should it be struck with too much force.